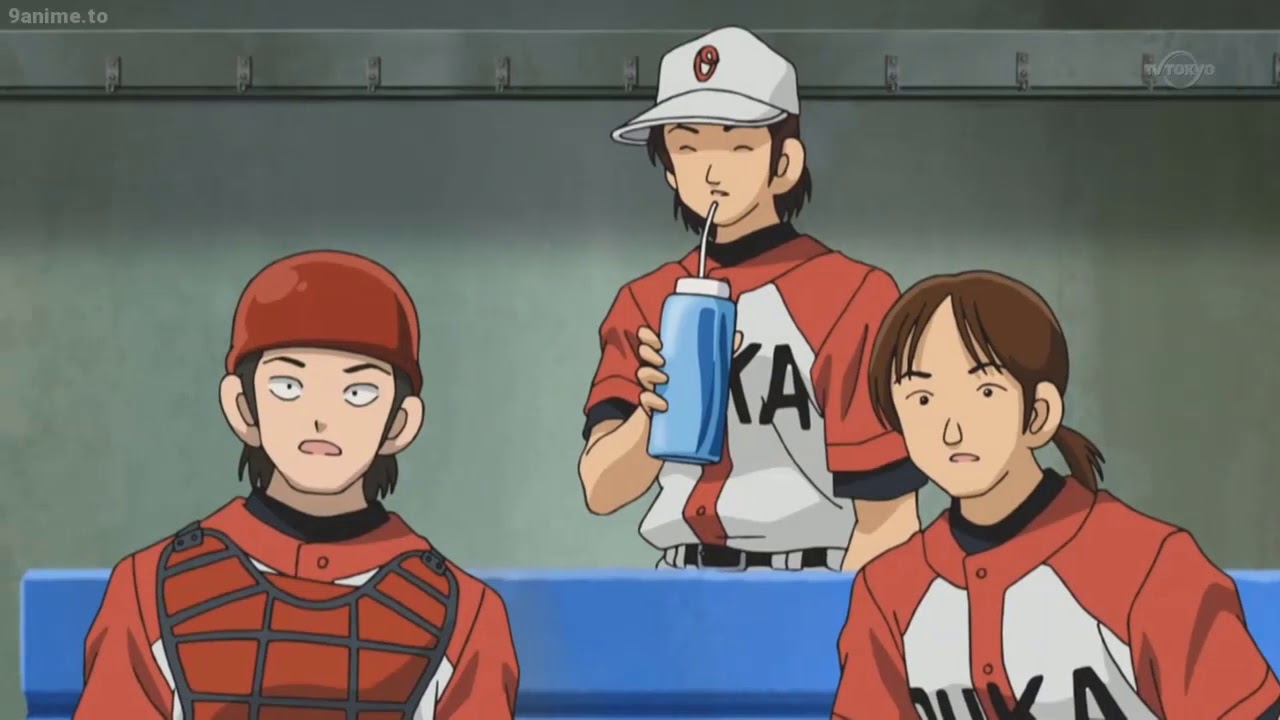 Cross Game (Japanese: クロスゲーム Hepburn: Kurosu Gēmu) is a baseball manga series by Mitsuru Adachi that was serialized by Shogakukan in Weekly Shōnen Sunday between May 11, 2005 (issue 22/23) and February 17, 2010 (issue 12).[3][4] It is collected in 17 tankōbon volumes, with the final volume published in April 2010, shortly after the end of the anime series. It received the 54th Shogakukan Manga Award for shōnen manga in 2009, and has been praised internationally as quietly brilliant and a great success.[5][6] The series was adapted as a 50-episode anime television series that aired on the TV Tokyo network from April 5, 2009 to March 28, 2010.[7] The first episode of the anime, which covers the time frame of the first volume of the manga, received high praise, even outside Japan.[8][9]

Cross Game is the story of Ko Kitamura and the four neighboring Tsukishima sisters, Ichiyo, Wakaba, Aoba, and Momiji. Wakaba and Ko were born on the same day in the same hospital and are close enough that Wakaba treats Ko as her boyfriend, though nothing is officially declared,[9] while Aoba, one year younger than them, hates how Ko is “taking” her sister away from her. After Wakaba dies in an accident, Ko and Aoba slowly grow closer as they strive to fulfill Wakaba’s final dream of seeing them play in the high school baseball championship in Koshien Stadium.

The manga is divided into multiple parts. Part One, which consists of volume one, is a prologue that takes place while the main characters are in elementary school, ending in tragedy. Part Two starts four years later with Ko in his third year of junior high and continues into the summer of his third year of high school. Part Three continues the story without a break, ending with Ko and Aoba traveling to Koshien.