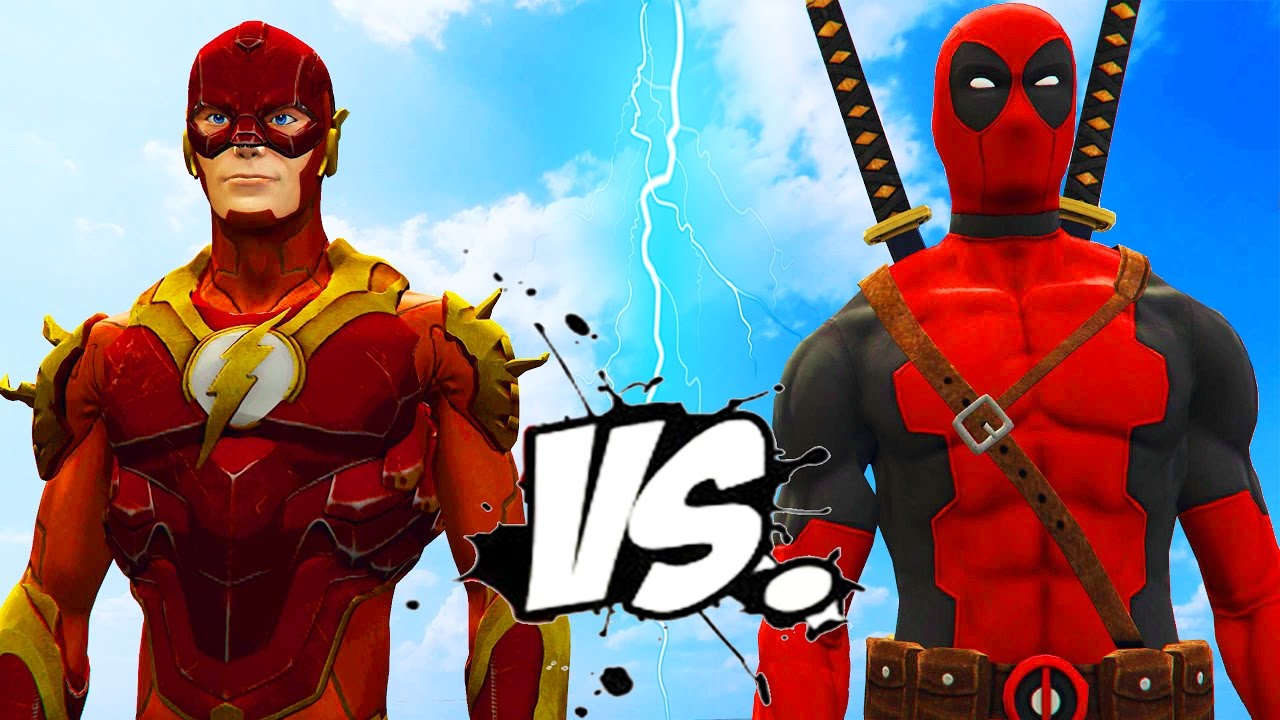 Deadpool (Wade Wilson) was an international assassin who had worked for various governments when he developed an aggressive cancer. In an effort to find a cure, he enrolled in the Weapon X program in Canada, which gave him a healing factor from another member and set him to work for them. When he killed a team member, he was thrown out of the program and was sent to have his abilities removed, where he was experimented on instead.

The Flash is an upcoming American film based on the DC Comics character Flash. It is the sixth installment in the DC Comics’ Extended Universe. With the story and screenplay by Phil Lord and Christopher Miller and Seth Graham-Smith respectively. The cast includes Ezra Miller, Kiersey Clemons, Ray Fisher, and Billy Crudup. It will be produced by RatPac Entertainment and distributed by Warner Bros..

Deadpool & Flash made by Barak101

Be sure to check out other epic battles between superheroes: