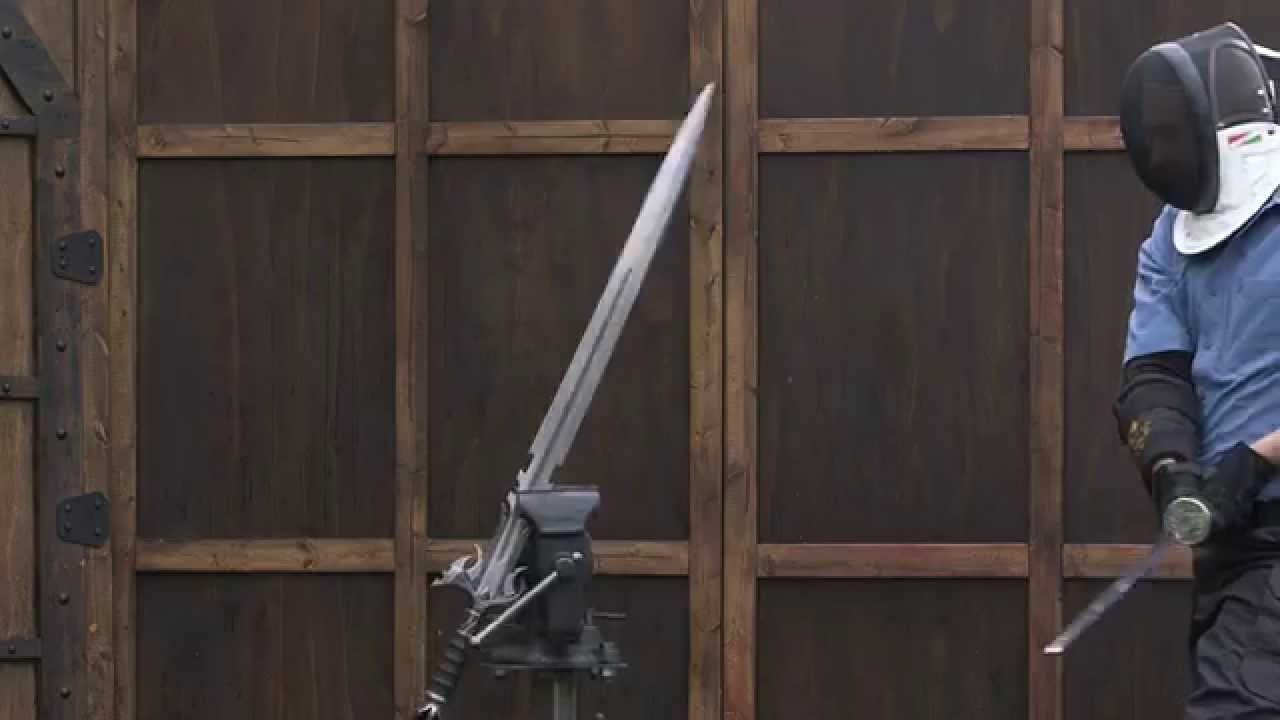 When developing this rare and unusual weapon, we drew inspiration from an antique Sword Breaker we were privileged to handle and study on one of our extensive research trips in China. Our modern interpretation features a handle made of dense Rosewood with a fluted cross section that affords a secure and comfortable grip. It features beautifully cast nickel-silver fittings throughout, from the decoratively detailed circular guard to the stout 5 lobbed pommel that effectively counter balances the weight of the blade and makes it easier to wield.
But it’s the “blade” of the Sword Breaker that really has to be seen to be appreciated – Thirty inches long and beautifully forged out of 1050 high carbon steel, our Sword Breaker has a striking rectangular cross section and deeply hollow ground “flats” that serve to focus the unparalleled destructive energy of the weapon. Built for the extremes of an aggressive smashing, hammering fighting style, with a point that is acute enough to pierce with little effort, yet tough enough to perforate even the thickest metal armor, the Sword Breaker can be used to beat and parry an opponent’s sword, and even crack, chip, warp, bend or shatter their weapon with a single resounding blow!
There is no doubt that its girth and heft requires a warrior of substantial strength and agility to wield it properly, but, in the hands of a physically able and skilled warrior, it truly is the scourge of hand-to-hand combat — raining down destruction with each devastating blow!
Provided complete with a beautiful Rosewood scabbard that features nickel-silver furniture to match the grip, our Sword Breaker is popular with both the Martial Arts community and historical re-enactment enthusiasts. A beautiful collectors item and a true battle ready tool, the Sword Breaker is a rare and unusual weapon that will be the talking point of any collection.