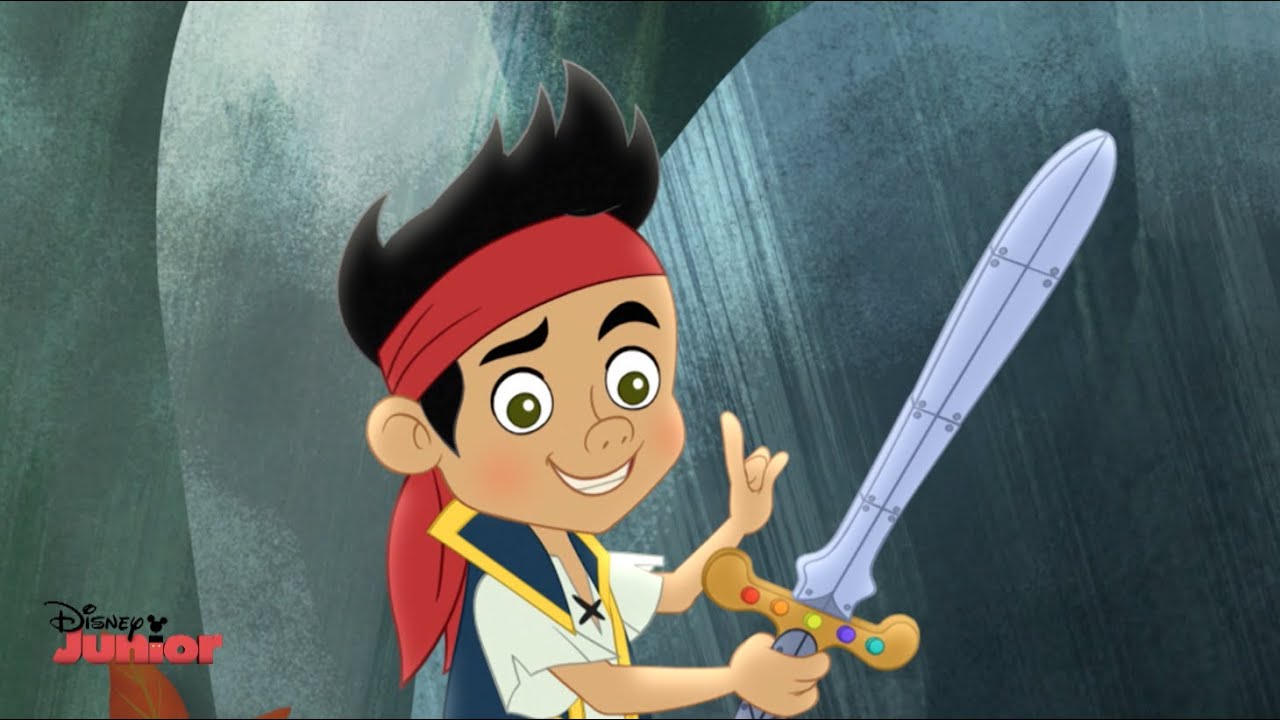 After trying to recover the Mega Meca Sword from Hook, Jake accidentally falls into Belch Mountain! Will he and the rest of his crew be able to escape the active volcano before it erupts?

Subscribe to get a new dose of DisneyJuniorUK fun every day! ►

Jake and the Never Land Pirates follows the adventures of Jake and his crew as he looks to collect gold doubloons in Never Land. Inspired by characters and the magical land behind the second star to the right in the Disney Classic Peter Pan, Jake and the Never Land Pirates features classic characters like Mr. Smee and Captain Hook who often get in the way of Jake’s plans. It’s always an adventure with Jake and his crew!

Jake and the Never Land Pirates has some fantastic songs to sing-a-long to including the theme song Yo Ho Lets Go, Captain Hook (Is a Cranky Crook), Talk like a Pirate and Roll up the Map!

• JAKE – Jake looks to collect as many gold doubloons as possible on each of his adventures. Often the one saving the day, Jake is both brave, skilled with a sword and an excellent friend to his crew mates.

• IZZY – Not only is Izzy Jake’s best friend and member of the crew, but she also had a little bag of pixie dust that can help the gang out of tricky situations when she says “Pixie dust away!” Izzy often likes to react to trouble when she says “Yay hey no way!”

• CUBBY – Although Cubby’s the youngest member of the crew, it doesn’t mean he doesn’t have as much responsibility! Cubby is an excellent navigator and has a map of Never Land to help the gang around the island. Cubby’s catchphrase is “Aww Coconuts!” which he’ll often use when trouble arises.

• SKULLY – As Jake’s parrot friend, Skully does his best to look after the whole team and keep a watchful eye from the sky whilst they’re on their adventures.

• CAPTAIN JAMES HOOK – You’ll probably recognize Captain Hook from Peter Pan as the baddy or the villain of Never Land, which is also still true in Captain Jake and the Never Land Pirates. Hook will often refer to Jake and his crew as the ‘popinjays’ especially when they’re getting in the way of him getting his own way! Captain Hook loves treasure and sails aboard the Jolly Rodger looking out for the popinjays getting in the way of his plans.

• MR. SMEE – Sidekick to Captain Hook, Mr. Smee often gets called a ‘blundering idiot’ for not doing as Hook told him to do or for letting the popinjays get away. Mr. Smee looks up to Captain Hook but is also scared of upsetting him. Mr. Smee has a kind heart really and will often help Hook see the error in his way.

• SHARKY & BONES – Whilst members of Captain Hook’s crew, they won’t often help all that much in Captain Hook’s plans. Sharky & Bones are normally too interested in singing a song or grand musical number.