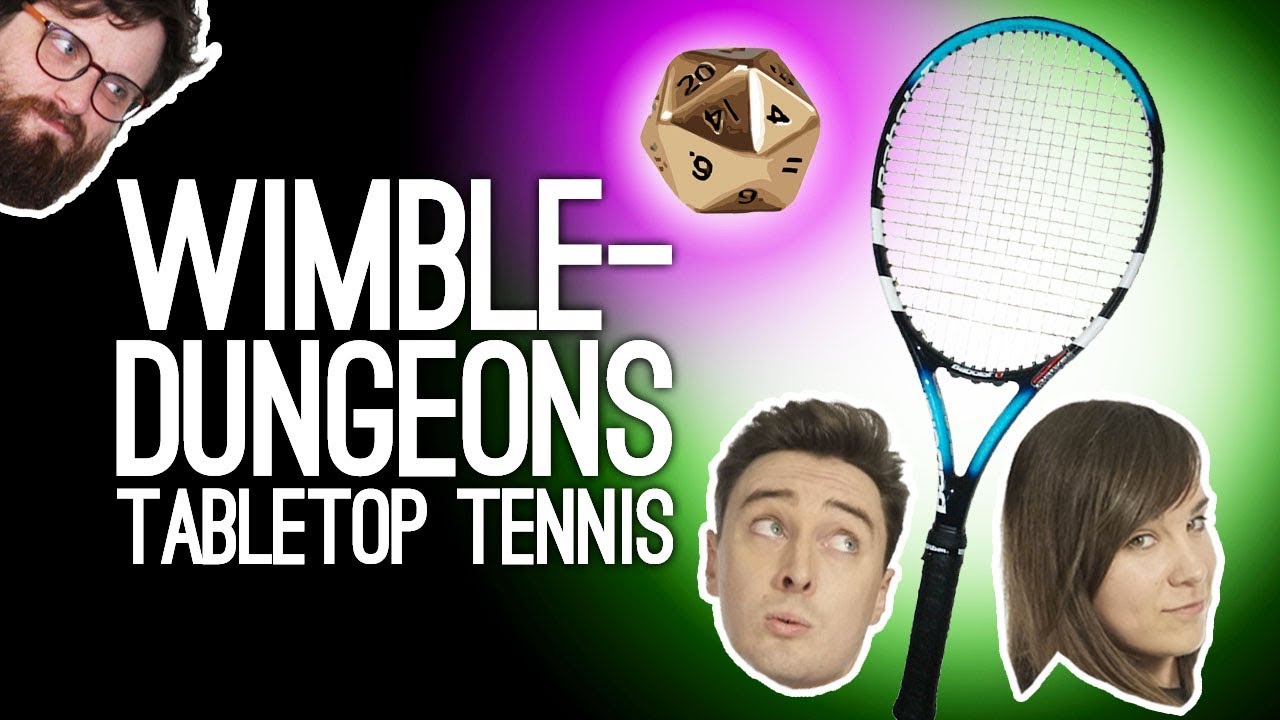 Tennis! D&D-style dice combat! It’s Wimbledungeons! After our Mario Tennis Aces inspired tabletop game in Show of the Weekend, we asked if you could come up with your own versions for us to play, and you did! Our DM Johnny Chiodini of Eurogamer picked out this one by Jonathon Astles!

Cheers to all who sent in their excellent games, and hope you enjoy this one as much as we did (rules can be found below!).

Our original game on Show of the Weekend:

Cheers to Loading Bar for letting us film in their (aptly named) bar Server, London:

Rules here so you can try it yourself:

Players select which type of shot they will play, with more difficult shots requiring a higher roll to succeed. When returning a shot, players must beat the difficulty threshold for their opponent’s shot added to the shot they have selected.

Doubles can be played. Rules apply as for singles plus the player returning the shot chooses which opponent to aim for.

An example section of a game goes as follows:

Rackets have a point of damage added if a player rolls a 5 or less. If a critical failure is rolled (i.e. 1) then two points of damage are added. After three points of damage a racket breaks and that player loses the point. A new racket is then given to the player and the game continues.

Outside Xtra is a companion channel to Outside Xbox, covering the wider world of gaming with weekly lists, Let’s Plays and shows with your hosts Ellen and Luke. Look for regular appearances by OG Outside Xboxers Andy, Jane and Mike, and generally more of the videos you love, about more of the platforms you enjoy, from a team now two people larger overall.

Thanks for watching and be excellent to each other in the comments.